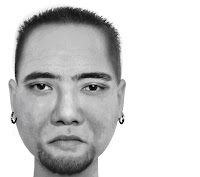 In the early morning hours of Friday January 7, 2011 an attempted sexual assault occurred at 2215 College Ave. At about 1 AM the victim was returning to her apartment when she was confronted by an unknown man. He grabbed the victim, pushed her against the wall and attempted to sexually assault her. He struck the victim in the face when she screamed for help and fled when he heard a door open. The suspect was a Hispanic male in his twenties with a large build and was about 5’10". He had dark hair, facial hair on his chin, and severe acne. He was last seen running north on College Ave. from the apartment.
Posted by Manhttan/Riley County Crimestoppers at 5:07 PM


TO MAKE A DONATION