We Do Not Think This Is A Joke

Between Thursday May 26th and Sunday May 29th there have been three reported attacks on women walking or jogging in Anneberg Park. In each attack the suspect is a black male with a dark complexion and thin build, approximately 5'05" to 5'10". The suspect may be hiding in wooded areas along the trail, emerging as the victims pass by. The suspect has slapped the victims buttocks or groped their breasts then flees on foot. In at least one incident he concealed his face. The reported attacks have occurred mid to late morning. If you have any information on these incidents or any other similar incidents please leave a tip here. You can also call or text your tip using the information listed to the right. If you see a suspicious subject in the area call 911 immediately. The map below indicates in red the area where the reported attacks have occurred. 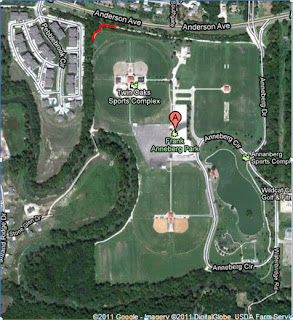 
TO MAKE A DONATION